It is with great sadness that we inform you all of the passing of our lovely Pam Finn. Pam passed away on the 18th June 2021 after battling cancer for the 3rd time.

For those that had the pleasure of meeting and spending time with Pam, you will know that she was one of the kindest of souls who always had time to listen and care.

These qualities along with her skills and professionalism made her a fantastic physiotherapist who was very respected throughout the Physio and medical communities. Without Pam, there would not be the Ponsonby Physio clinic we have today.

Pam along with her original business partner Jan Johns were the original founders of Ponsonby Physio. Jan McEwen also shared this history with both of them being the practice manager from the start. The clinic didn’t initially start in Ponsonby but soon moved into Pollen Street and then into its current location in Mackelvie Street back in 2003.

Throughout the years, Pam had several business partners along the way with Jan Johns moving on and replaced by Aveny Moore and Kerri Brown.

It was in 2012 that I had the privilege of joining forces with Pam and making up the Ponsonby Physiotherapy partnership up until Pam retired at the end of 2017. In those years we certainly had our challenges thrown at us, with the diagnosis of Pam’s breast cancer in 2012. She was so courageous during that year and continued remain positive throughout that journey. It was quite a blow to have fought the cancer only to have it return again a couple of years later where she underwent further treatment.

In 2017 Pam decided that it was time for her to retire and move out of Auckland to Thames with her husband Rod. Laura and I both felt the impact of Pam leaving calling it “The Pam effect”. Over the last few years, Pam would often pop in to say hi to us when she was up in Auckland. She was always interested in what we had been doing at the clinic and how the business was going.

Throughout her work as a physiotherapist, Pam was passionate about helping people to get better, she remained interested and continued her learning along her professional pathway. She took much enjoyment out of helping various sporting teams over the years, particularly with the Cox’s Bay mid- week Touch tournament and also Auckland Masters Touch teams over the years.

Laura and I are so grateful that we got to spend some time with Pam and Rod earlier this year while she was still well enough to walk around and enjoy the kids running around their home in Thames. We will always remember our lovely Pam and all that she has done to help so many of our Ponsonby Physio community over the years. 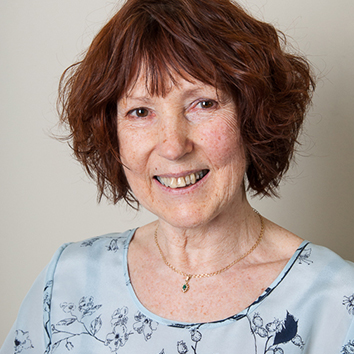